I am co-presenting at our district technology inservice on ways to integrate technology into both math and literacy. If you're interested in finding out about ways you can integrate Padlet, DoodlecastPro (Explain Everything, Educreations,etc) and PicCollage, feel free to check out our presentation link above, just click on the image. If you have any questions, please don't hesitate to contact me.

My co-presenter is a 5th grade teacher and as such we have many examples from both of our classrooms. You'll also find links to Padlet boards with more examples as well as video links with tutorials to get you going.
No comments:

Can you infer what this is? 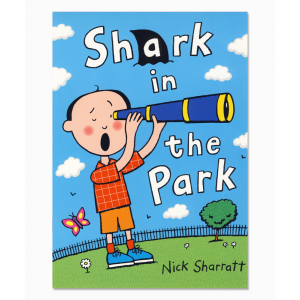 This week we worked on the skill of inferring during our whole group reading time. I love working on this skill with 1st graders as there are so many ways to tackle this topic to help little ones grasp the concept. One of the books that we read is called, Shark in the Park, in which a little boy looks through his telescope and keeps seeing what he thinks is a shark. Each time it is just a small piece of another thing, such as a cat's ear or a crow's wing. The kiddos love the book as it has neat cut-outs to simulate looking through the telescope.
After reading the story, we set out with our iPad-scopes in search of various items. This has been a great way for students to not only grasp the concept, but to share that learning with others. This year we tweeted out our iPad-scope pictures in hopes that others would try to infer what we saw. Check out our classroom twitter page!

Here is one of the pics that was taken. Can you guess what it is?

After a lot of discussion, W. showed us the picture he took of the actual object. Needless to say, none of us were very interested in eating it after seeing what it really was. I guess in some ways it was dirt dessert, just not the yummy kind with pudding and Oreos! 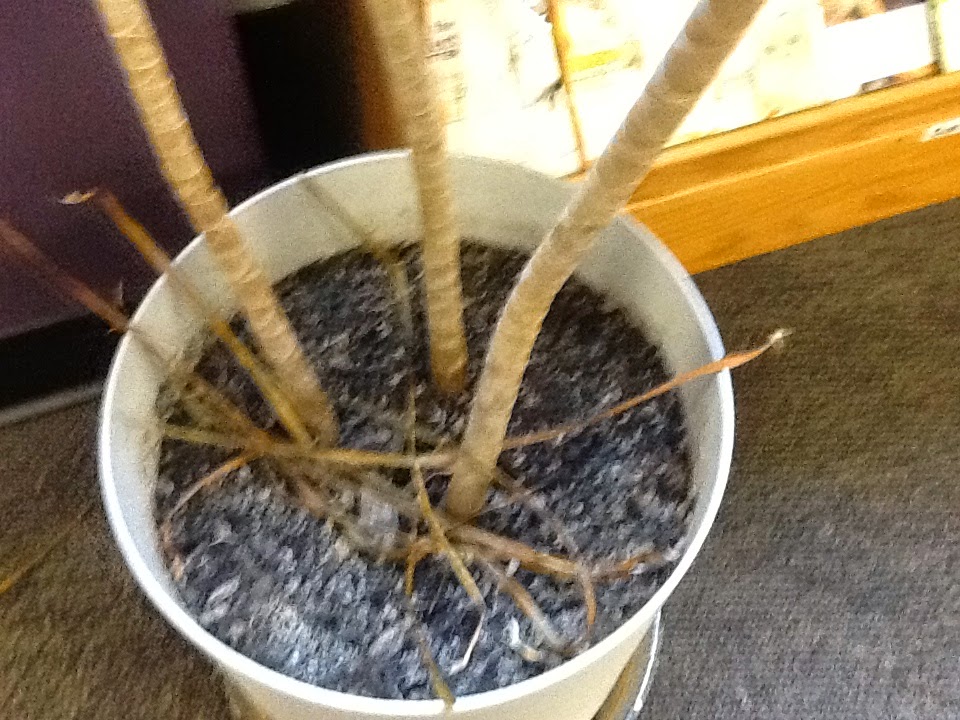 Email ThisBlogThis!Share to TwitterShare to FacebookShare to Pinterest
Labels: inferring

So the 100th day has come and gone, but not without a lot of learning and fun with a tech twist of course. 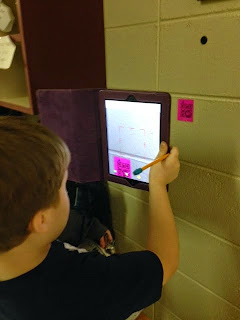 This year, we worked to read 100 sight words. Knowing this day can be a lot of fun but a bit chaotic, I wanted to find a way to get the kids up and moving a bit so I used the QR code making website, Kaywa to create a QR code for each of our first grade and kindergarten sight words.  I then taped 100 QR codes around our 1st grade hallway. Students worked in pairs to scan the QR code, read the sight word and then they wrote it on their clipboards. Scanning is totally simple. If you've never done it before, you'll need a QR scanning app. There are lots but I use I-nigma.  I've used others but for various reasons this is my favorite at this point. After opening the app, student simply point the iPad camera at the QR code and the embedded text automatically shows up on the screen. To do the next word, students simply had to hit the back arrow. Easy-peasy! 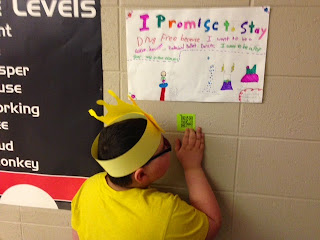 To modify the activity for my visually impaired student we also attached the braille for each of the words (so cool for all students to experience!) His group worked a little bit differently in that one of the students scanned the word and as they wrote it, he read the braille he then told them what the word was and they double checked each other to be sure they were right. It was awesome to watch this group work together and to know that the learning was appropriate for each person in the group. 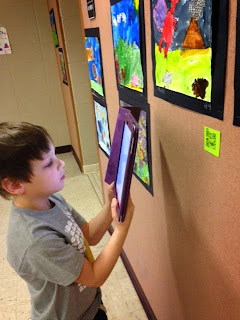 Students really enjoyed the activity and the buzz in the hall throughout the day was always full of excitement. After school, I even caught a group of four 4th grade girls going around and doing the activity as well! Never ceases to amaze me how QR codes and bring the engagement level from a 6 to 10.

Creating the QR codes is truly very simple using this website. It maybe took me an hour at the most to create all 100. It is simply a matter of entering the work, hitting generate, copying and pasting the QR code into a word document and then printing and cutting them out. Simple! 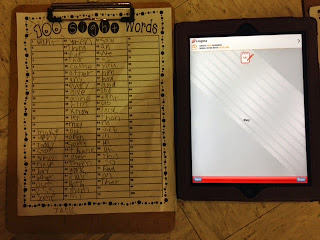 I plan to share this project with everyone for next year but need to make a few tweaks before I post it. Once it's posted, I'll add a link here to my TPT store if you'd like to try it for yourself next year and don't want to create the QR codes yourself.

It never ceases to amaze me what even the youngest learners are capable of with a little bit of guidance. Being a 1:1 iPad room my students are in a unique environment in which we embed technology in many different ways on a daily basis. When I first started out, our iPads were used more for games which extended or reinforced skills that we were working on in our classroom. We still use some of those apps, but more often than not, we use creation based apps now to SHOW what we know. 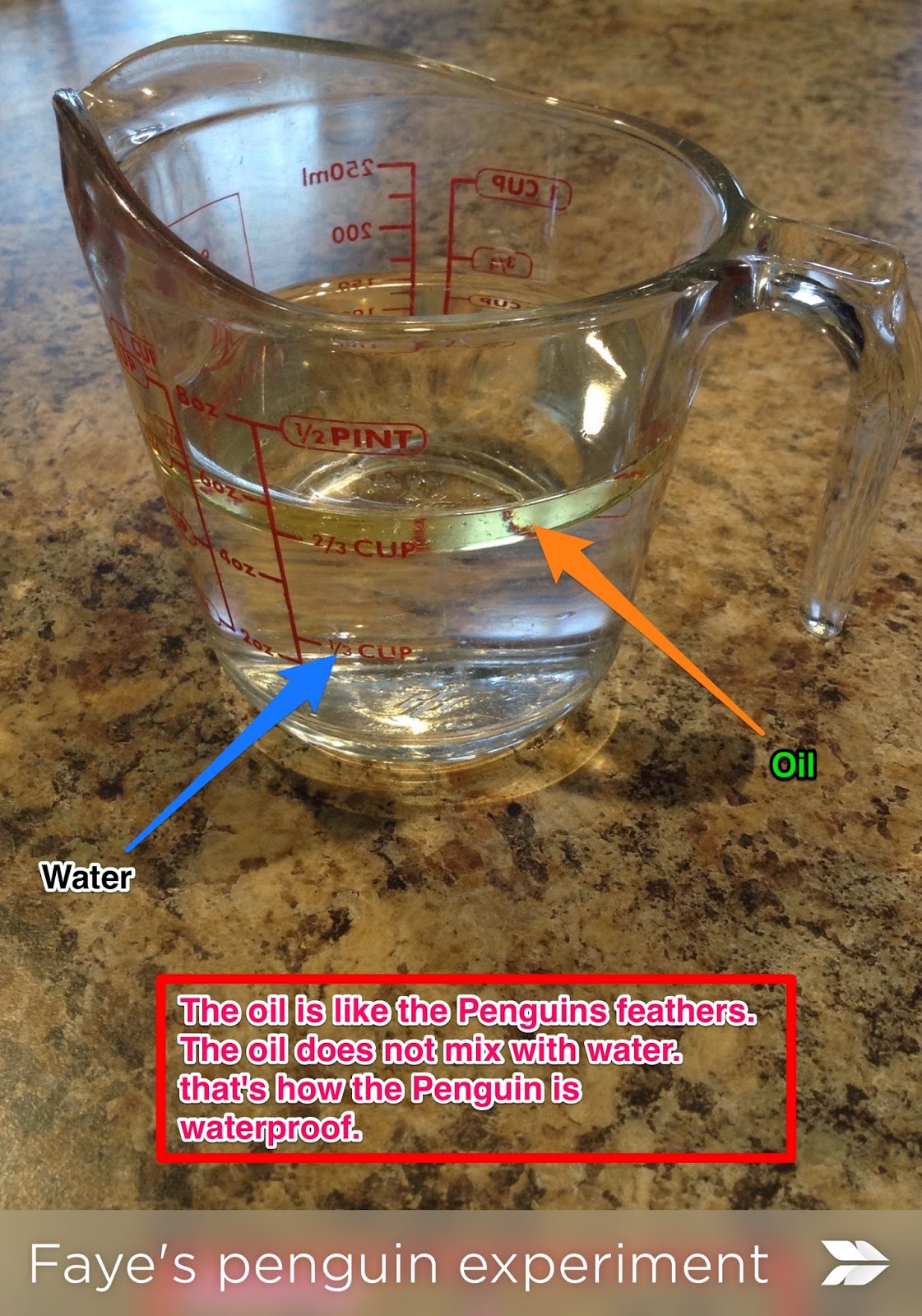 This past week one of my students and I were talking about penguins during her reading group time with me and came across a fact about penguin feathers being oily. I asked her if she knew why the oiliness of the feather was important. She has some ideas but was not sure. I wrote a note to her mom and asked if they could do a little water and oil experiment at home over the weekend to help her with this concept.  Well, on Sunday afternoon, I received an email from this student with a picture of her experiment done in Skitch along with her conclusion. I was totally floored!!! The fact my kiddos use technology in our classroom is great, but when a child takes that same technology and thinks to use it at home to share what they've learned is priceless!

On that same afternoon I also received a video from another student in my class. On Friday we had chatted a bit about 3D printers. Our LMS brought in a gnome that her daughter had made at her school on a 3D printer and the kids were absolutely floored by the fact that a printer could make such a thing. Well as it turns out, this child went to a local technology store and saw a 3D printer in action. His mom said he went nuts and used her phone to video the printer for the class and also showed us some of the projects that it had made. On Monday used Air Server to show the video to the whole class and this child again got to share in his excitement! What a great learning moment for all and teaching moment for him!!

Did I mention that I teach 1st grade? Amazing right?! Who says 1st graders aren't invested in their learning! Rock on guys! You never cease to amaze me!!!!
No comments:

Do you ever feel like the "fly by the seat of your pants" moments sometimes end up being some of the best moments? I had that happen to me today. Our new math program is completely web-based and as much as I like having web access to lessons (no more carrying home a teacher's manual as big as a pizza box) and student playlists (the projected lesson) what I don't like is that none of it is very interactive. I want kids up and moving, I want everyone to be able to participate (ACTIVELY) and to be engaged in what we are doing. I also strongly believe that 1st graders need to be able to manipulate their learning as much as they can to better understand complex concepts.

So that being said, today was a "fly by the seat of my pants" day in hopes of bringing these concepts to my lesson.
We are working on the addition strategy of making 10 right now. 2 days ago we had the manipulatives and 10 frames out to help us visually explore this concept but today, we were given just a projected domino and expected to talk it through. It was still too soon for my kiddos to make the jump to the abstract but in order to move them forward a little bit more, we brought in the iPads so everyone could be actively engaged and take part in the lesson. There's no room for just sitting and daydreaming on a day like today. LOL

For each displayed domino, I had the kiddos take a picture and import it into DoodlecastPro (Yup, another must-have app!!) Once they were in DoodlecastPro (read more about it here)  they had to write the addition problem that the domino represented. The also had to be able to explain which strategy they used to find the sum (count on, make ten, etc)
I love the way this student circled the extra dots from the 5 and put an arrow to the other side to create 10. It was a great way for this child to move a little closer to the abstract understanding of the Make 10 strategy.
For the 1st two dominos, kiddos took the pics, wrote the problem and it's turn-around fact and then turned and talked to a neighbor about their strategy usage. For the last problem, they followed the same format, but had to go and record their strategy usage on the iPad.
The first 2 tries gave everyone practice in talking through their strategy use, helped strugglers to hear it from a peer and hopefully helped them to take another baby step toward the abstract. I'll upload a finished Doodlecast tomorrow so you can hear how the kiddos described their strategy usage. It was awesome to hear in their own words what they did. 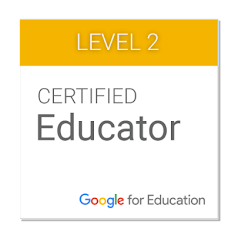 🐦 Here's What I'm Tweeting About